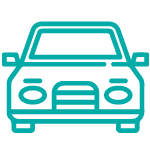 The CMV has a strategic position. In a few minutes, you can reach Verona city centre, the train station and the motorway entrance, while Catullo airport is about 10 km away.

From the A22 motorway: take the Verona Nord exit, then take the Tangenziale Sud heading Vicenza and then to Verona exit number 6 Alpo; proceed north-east on Strada dell’Alpo for 1.1 km, turn slightly on the left and go along Via Roveggia for 1 km, then turn right onto Viale dell’Industria, at the roundabout take the second exit and go along Viale dell’Industria for 550 metres, turn left onto Via Scuderlando and continue for 650 metres. Via Scuderlando turns into Via Santa Teresa after 240 metres, turn left to reach the CMV.

From the A4 motorway: Verona Sud exit; proceed north-east direction and keep the left slightly to take the underpass that leads to Viale delle Nazioni for 550 m, stay on Viale del Lavoro for 700 m, at the roundabout take the first exit onto Viale Dell’industria, after 550 m turn left on Via Scuderlando and continue for 650 meters. Via Scuderlando becomes Via Santa Teresa, after 240 m turn left into the former General Warehouses next to the Order of Engineers and the State Archive. 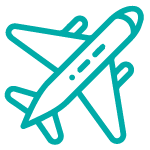 With about 250,000 passengers transited, Valerio Catullo is among the first Italian airports. About ten kilometres away from the CMV, it connects Verona daily with the main Italian and European cities.

How to reach the CMV from Valerio Catullo airport: 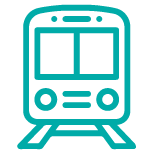 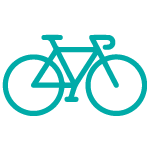 From Verona city centre or from the Railway Station of Verona Porta Nuova it is possible to reach the CMV by bike easily.

ADMISSION ON SHIFTS AND LIMITED ENTRANCE